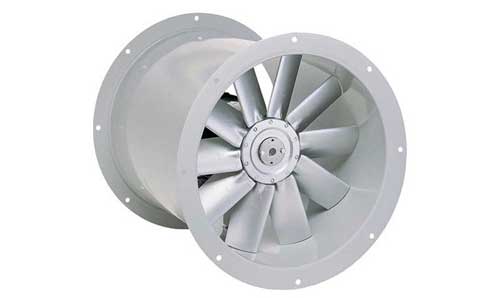 Mahalaxmi Engineering Projects are one of the best and leading manufacturers, suppliers and exporters of Tube Axial Fan in Chhattisgarh. Tube axial fans are used in ducted and unducted commercial and industrial applications and are a less expensive option. Applications include general ventilation and process exhaust from warehouses or high-temperature manufacturing facilities that require spark resistance. Every model has built-in flanges for airtight duct connections, as well as universal mounting brackets for installation in any direction.

One of the popular types of industrial fans utilised today are axial fans in Chhattisgarh. These fans are employed in situations where a higher flow rate at a lower pressure gain is necessary. Different axial fan or axial flow fan types have become more popular over time. One example of them is tube axial fans. These fans are utilised in a wide variety of industrial processes today, including drying, cooling, ventilation, and air delivery. These fans have gotten a lot of popularity due to the clear benefits provided by their conventional construction.

We are manufacturers, suppliers and exporters of Tube Axial Fan in Chhattisgarh. An industrial fan called a tube axial fan has a propeller or disk-shaped wheel inside of a cylindrical tube-like frame. The main difference between this fan and a vane axial fan, another common axial flow fan variation, is that the latter lacks straightening guide vanes. The arrangement of the wheels or propellers creates a narrow space between the housing and blade, which enhances the effectiveness of the fan.


Our business is a well-known manufacturers, suppliers, and exporters of different industrial fans in Chhattisgarh. In order to meet the needs of your application, we provide the fans in custom configurations. We also have other products range like Bag Filter systems, dust collector systems, In shop balancing, On site balancing.